All strong earthquakes are preceded by branching structures having different durations whose development scheme is partly largely predictable because it follows a well organized and recognizable pattern. By using a seismic sequence hierarchization method, this study graphically explains the preparation process of an earthquake, called “branching structure”. In addition, criteria apt to distinguish the structures that will produce shocks of average magnitude from strong earthquakes’ will be defined. Based on the temporal oscillations of the magnitude values, we explain the procedure for identifying the developmental stages that characterize the energy accumulation stage of the branching structure, in order to early detect the energy release stage’s trigger point and obtain information on how it will develop over time. The study identifies also some pre-signals (trigger points) of various magnitudes in the energy release stage, which allows us to early predict the foreshocks and mainshock time position. The method we developed constitutes a truly innovative approach for the earthquake forecasting analysis, which dramatically differs from those developed so far, as it considers the structure of the seismic sequence not only as a magnitude values’ oscillation, but also as a sequence of developmental stages that may begin much earlier. 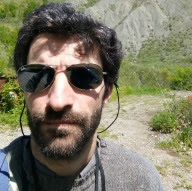